What does the digital future have to do with BreakBread World? 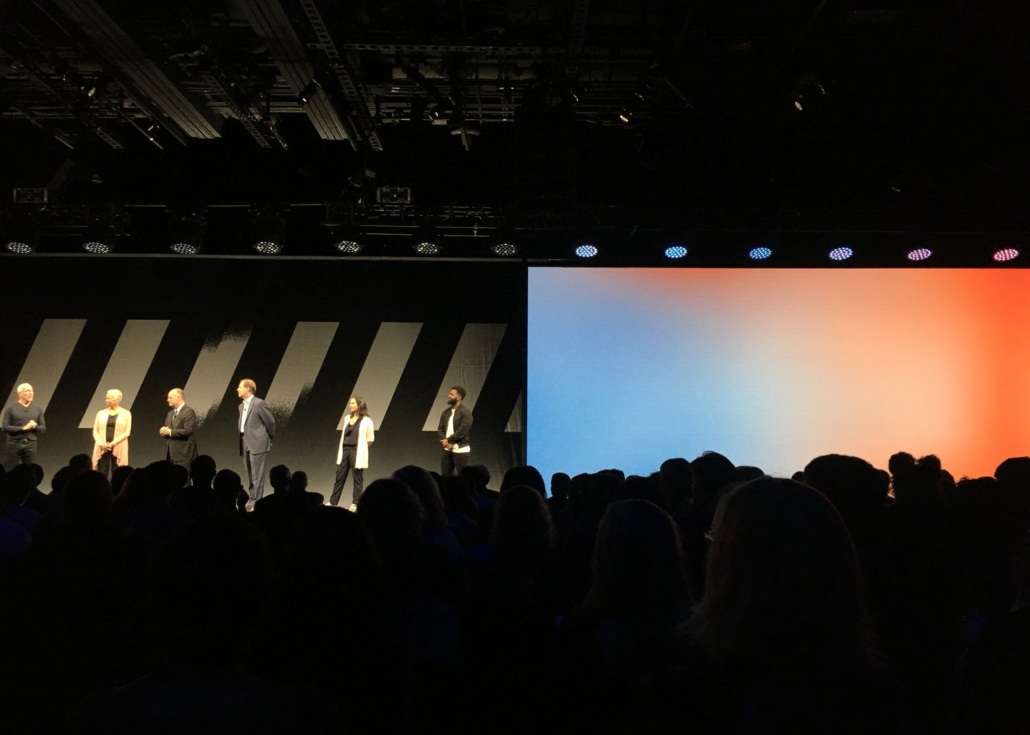 Last week I was tipped off about a digital future conference, Unfinished Live, at the Shed (in Hudson Yards, NYC) which was “exploring the Collision of Technology, Art, Ideas, and Impact.”

I left inspired but also deeply disturbed, which is not a definitive conclusion. It is one I drew as an audience member who wasn’t in a nuanced two-way conversation with any of the speakers. I say this because this is part of why I think the whole experience felt a little disturbing.

Being concerned about the negative effects of digital technology, I was excited to join and even more excited that there were so many fighting against the way technology is gnawing away at our democracy, civil society, and inner lives. The thousand or so people there were from all walks of life: technologists, artists, researchers, policy, strategy, education.

If you aren’t sure how digital technology is turning our society into a smelly upside-down-cake, check out the Center for Humane Technology or Social Dilemma. Tristan Harris, one of its co-founders said, because of technology we experience more information overload, addictive behavior, social isolation, shortening attention spans, conspiracies, extremism, teen depression and suicide, more marginalized groups, and more of a “post-truth” world.

And then Shoshanna, Maria, and Frank spoke.

Shoshana Zuboff, Harvard Professor and author of The Age of Surveillance Capitalism gave a chilling opening speech where she started by saying we are frogs slowly being boiled alive in privacy infringement set by wild west laws of 1997 and nailed into the coffin after 9/11. Our human behavior is being traded without our knowing which puts us on the path of being controlled and manipulated – if not by goods sold to us, then by the extremist groups who can now more easily rise to power through divisive, extreme propaganda.

Oh, and Maria Ressa, the 2021 Nobel Peace Prize winner said that because of how news and information presses through our phones, we have one year to get our democracy act together before the global dictator domino effect bites us like a wild snake. She wrote the book How To Stand Up To a Dictator.

At the end of the day, billionaire Frank McCourt, the CEO of Unfinished, says he is fighting privacy infringement by building something (beginning phases) where we “own” our social data profile so we as individuals can do what we want with it, which includes selling it. I don’t know which was more disturbing, Professor Zuboff’s hair-raising warning or McCourt trying to solve the privacy emergency by giving people the power to profit off their own social data profile.

In addition to all the red alert warnings that flashed me into a slight panic, the conference production was also part of the panic. Speakers tended to lean toward quippy remarks that sounded like tweets while roaming the well-lit stage –  the audience sat in the dark as if watching a YouTube video live. The conference homepage said there will be three days of “Powerful Connections, Compelling Conversations, and Interactive Exhibits.”

Yet I didn’t experience any compelling conversations for myself.

And maybe I was disturbed by McCourt’s idea because of his proximity and position – he was on stage doling this information out like a wizard while I was supposed to simply be one in a thousand – drinking it like a star-eyed school girl. If we were in a conversation, if we had a relationship or were we in community together, I may have had a chance to understand the concept more deeply and my reaction to it. In this context, I exist only as a twinkle a sea of twinkles.

Wait, I did say inspired too, right? Ok, the good news…

The good news is there is a movement toward change brewing – by well-meaning innovators – some making a big difference. For example, Frances Haugen‘s courageous Facebook whistleblowing brought to light the way Facebook paid lip service to protecting the public against misinformation, which many of us sensed. She also just launched Beyond the Screen, a non-profit which will study the harms of social media with educators, litigators, and technologists, developing best practices plus much more.

And Nobel Peace Prize winner, Maria Ressa, despite battling the Philippine government over cyber libel, has a group of 50 brave journalists still willing to stand up for what is right.

And the Center for Humane Technology is putting a values-led course for technologists, educators, and parents, as well as policymakers to help combat the invisible harms of technology.

I’m thrilled for the activism brewing in this area.

My hope is that the movement does better – that it recognizes the broader cultural paradigms and stories that got us here in the first place that leaves us building solutions that aren’t human-based or human-scale but rather solutions that pander to money, power, and superiority thinking. In a more intimate context, perhaps I would think and feel differently.

Perhaps it’s the obsession with scaling through technology that minimizes the importance of depth, community, shared humanity and the messy middle that is just part of life’s growing edge.

That’s where BreakBread comes in…a powerful, slow, messy, human scale process that gets under the surface of thinking and that over time weaves a culture of inquiry. Sorry VCs we aren’t going to make you billions and don’t want to!

If I were to ask a BreakBread question that would poke at Unfinished Live and my one-way experience there last week it would be:

What is disturbing you, your family, or your village?

We invite you to host a BreakBread with your friends and neighbors and start the conversation.

Give Peace A Chance?The Abortion Talks…Can Conversation Save Us From Division?
Scroll to top